Under the patronage of Magdalena Kožená and Sir Simon Rattle 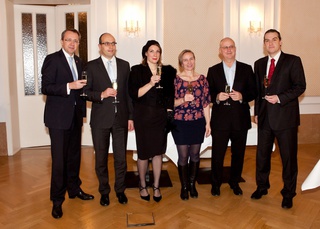 Czech Dreams 2014 culminated yesterday by a swing whirlwind in St. Pölten, Lower Austria. Before the thrilling performance by Ondřej Havelka and his Melody Makers started, a memorandum of cooperation between Barockfestival St. Pölten and Concentus Moraviae Festival was signed opening the door for more effective cultural and social cooperation in the future. Jan Sechter, ambassador of the Czech Republic in Austria and Matthias Stadler, mayor of St. Pölten participated in the ceremonail closing of Czech Dreams. more

The Czech ambassador to Austria Jan Sechter and the Mayor of the host city St. Pölten Matthias Stadler will welcome on Monday 8 December the audience at the gala closing concert of this year's Czech Dreams, performed by Ondřej Havelka and his Melody Makers. In the framework of this extraordinary evening a memorandum on cooperation between the Barockfestival St. Pölten and the Concentus Moraviae Festival will be signed. more 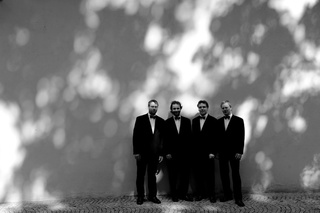 Two concerts of the Zemlinsky Quartet will sound within the Czech Dreams in Great Britain. This excellent string ensemble will celebrate 20 years of successful activities also by a debut performance at the iconic MALVERN CONCERT CLUB on 27 November, which was founded by Sir Edward Elgar in the Worcestershire county in 1903. more 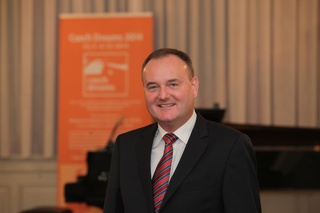 His Excellency Karel Borůvka, Ambassador of the Czech Republic to the Swiss Confederation and to the Principality of Liechtenstein, opened personally the Czech Dreams in Biel on 30 October. After the four day long program he addressed us with his reflection that we like to share with you: “Czech Dreams in Biel were successful and I would like to thank once more for the invitation. The whole project contributed very effectively to the promotion of Czech culture. I am aware of the fact that arrangement of such an event requires enormous commitment of organisation, time and of course finances. If you negotiate with sponsors on possible another edition of Czech Dreams in Switzerland in the future, you have my full support and recommendation. Czech Dreams have contributed essentionally to spreading awareness and good reputation of the Czech Republic and I wish them a lot of success and if possible also long-term continuation!” more 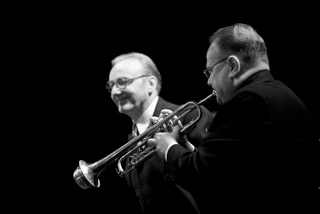 Premiere of the chamber version of  Rusalka by Antonín Dvořák at the Theatre Orchestra Biel Solothurn, concert of the artist in residence Josef Špaček in accompaniment of pianist Miroslav Sekera, Antonín Stehlík cimbalom group performing at the railway station, vegetable market and also at the town  theatre and pizzeria Napule é. On colourful Saturady 1 November at the Congress Centre. Look back in pictures by Jiří Sláma! more 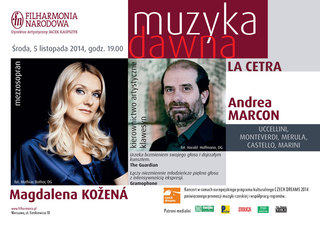 Patron of the Czech Dreams will sing in Poland

On Wednesday 5 November the Czech Dreams return to Poland for the fifth time in this year, and this time exceptionally to the capital city. Patron of the Czech Dreams, the mezzo-soprano Magdalena Kožená will perform at the concert hall of the Warsaw Philharmonic together with La Cetra Ensemble from Basel. The concert will be conducted by the regular collaborator of Magdalena, the Italian conductor Andrea Marcon with whom she has appeared at world stages and in various recording projects. The program consists of arias By Claudio Monteverdi and includes also instrumental works composed in 17th century by Italians Marco Uccellini, Dario Castelo, Tarquinio Merula and Biagio Marini. more