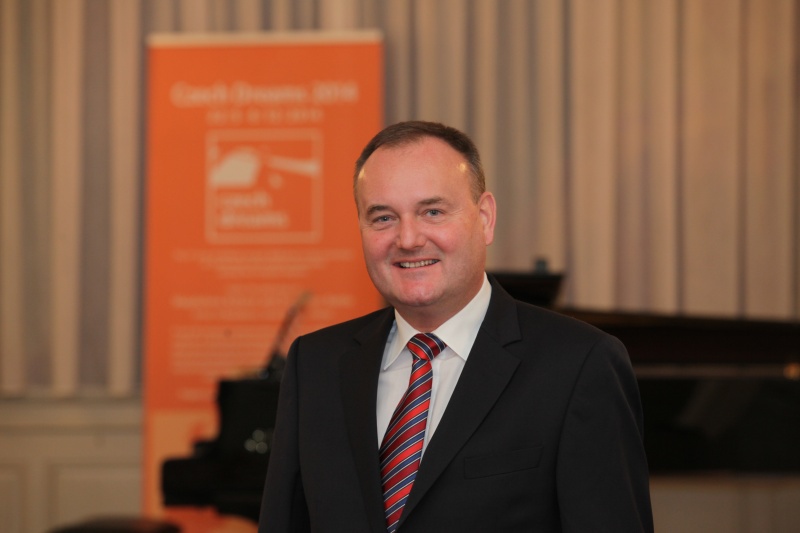 His Excellency Karel Borůvka, Ambassador of the Czech Republic to the Swiss Confederation and to the Principality of Liechtenstein, opened personally the Czech Dreams in Biel on 30 October. After the four day long program he addressed us with his reflection that we like to share with you: “Czech Dreams in Biel were successful and I would like to thank once more for the invitation. The whole project contributed very effectively to the promotion of Czech culture. I am aware of the fact that arrangement of such an event requires enormous commitment of organisation, time and of course finances. If you negotiate with sponsors on possible another edition of Czech Dreams in Switzerland in the future, you have my full support and recommendation. Czech Dreams have contributed essentionally to spreading awareness and good reputation of the Czech Republic and I wish them a lot of success and if possible also long-term continuation!”

H. E. Karel Borůvka participated actively in preparations of the first year of Czech Dreams already, serving as the Consul General of the Czech Republic in Munich, Germany in 2004.