Czech Dreams will be opened at the Janáček May Festival 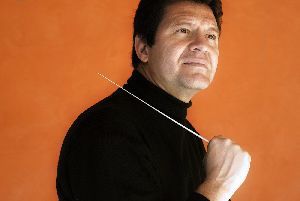 4th year of the project Czech Dreams will start at the multifunctional GONG hall in Ostrava on 22 May. The fact that the concert will be simultaneously be the opening concert of the 39th International Music Festival Janáček May, declares a new partnership between the project Czech Dreams and an important domestic music festival. The concert program resonates in all respects with the theme of this year's Czech Dream "Music and National Identity in a changing society - Czech Republic, Norway and Spain. Artists representing all three countries will appear – the local Janáček Philharmonic Ostrava, the Spanish conductor Manuel Hernández-Silva and the Norwegian pianist Christian Ihle Hadland will perform music by three major national composers Leoš Janáček, Edvard Grieg and Manuel de Falla.