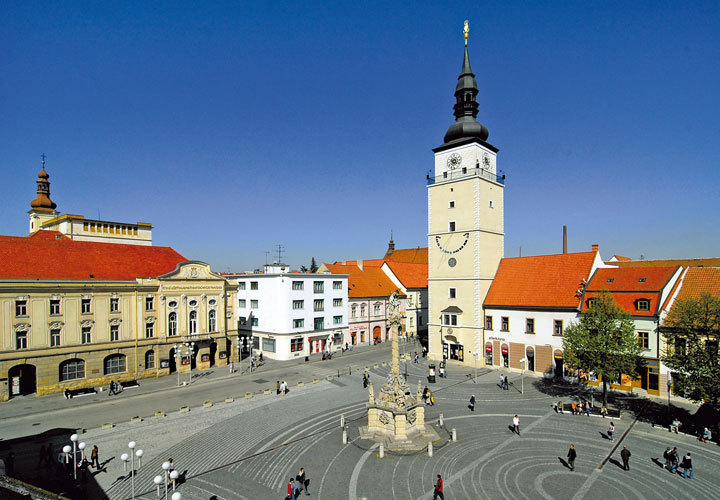 Representatives of the Czech Dreams, Zdenka Kachlová  and David Dittrich, met officials of the Slovak city Trnava for the second time to discuss details of the ceremonial opening concert of the foreign part of the 4th  year of the Czech Dreams 2014 which will be held on 3 July 2014 at the Trnava concert hall Marianum. Trnava will take over the imaginary baton of the Czech Dreams from its Czech partner city Břeclav: in Břeclav the final concert of the domestic part of the project will take place on  28 June and  it´s foreign part will be opened in Trnava on 3 July. The renowned Janáček Chamber Orchestra with the brilliant young violinist Josef Špaček, who was appointed the residential artist for the first time in the history of the project, will give the concert and works by Joaquín Turina, Astor Piazzola, Leoš Janáček and Antonín Dvořák will be performed.. The opening concert is organized in cooperation with the city of Trnava and a number of distinguished guests and partners of the project will be attending the event.