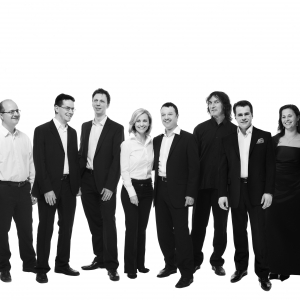 In its “manifesto”, the orchestra highlighted vigour, energy and perfectionism, as well as the tremendous love of music it imbues with each and every concert. The PKF – Prague Philharmonia is cherished for its characteristic sound, which is determined in large part by its key repertoire focus: Viennese Classicism, pieces by Joseph Haydn, Wolfgang Amadeus Mozart and Ludwig van Beethoven. This sphere is the ensemble’s major domain, the one in which it primarily excels. The spirit of the art dating from this historical era perfectly reflects in the PKF – Prague Philharmonia’s credo: playing with crystal clear purity and straightforward, sparkling passion so as to make sure that every listener, whatever the age or profession, understands every detail of the music performed and returns home from its concerts full of joie de vivre. The art presented by the PKF – Prague Philharmonia is both exceptional and accessible to everyone. The repertoire also includes Romantic compositions, as well as modern and contemporary music, performed within a special concert series unique among the menus of Czech orchestras.

Since the start of the 2008–09 season, the orchestra has been headed by the chief conductor and artistic director Jakub Hrůša, who at a mere 32 years of age already enjoys great international renown. The ensemble’s founder, the globally celebrated Czech conductor Jiří Bělohlávek, was at its helm until 2005, when he was named the orchestra’s conductor laureate. From 2005 to 2008, the deputy principal conductor of the PKF – Prague Philharmonia was the Swiss conductor and flautist Kaspar Zehnder.

The orchestra has to date recorded more than 60 CDs for prominent Czech and foreign labels, including Deutsche Grammophon, Decca, Supraphon, EMI, Warner Music and Harmonia Mundi. Some of its albums have received such prestigious accolades as the RAC Canada Gold Disc (2000), the Harmonie Award (2001) and the Diapason d’Or (September 2007).