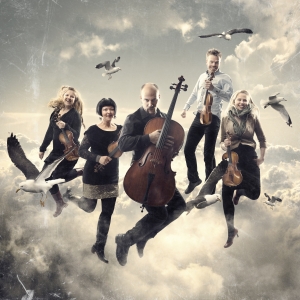 Over the course of their 14-year history, Majorstuen have set a new standard for arranged folk music in Norway. The ensemble’s music is acoustic, perfected and self-confident. Majorstuen have toured extensively throughout the world, including performances at Celtic Connections in Glasgow, La Grande Rencontre in Montreal, TFF Rudolstadt, Shrewsbury Folk Festival, Theatre de Abysses and Théatre de la Ville in Paris, one of world music’s most prestigious stages. Majorstuen was the first Norwegian ensemble to be selected as an  official showcase act at WOMEX in 2007.

The ensemble was born in 2000, when several of the members attended Oslo’s State Academy of Music. The traditional fiddle playing and the stylistic traits and esthetic of folk music is the foundation of the ensemble’s form of expression, but Majorstuen also is also influenced by stylistic elements from other genres. Fiddles are the main instruments, but the sonic palette is also complemented with several string instruments such as octave fiddles, viola and cello. The entire repertoire is arranged by a joint ensemble, which has helped to shape the ensemble its distinctive character and unique sound.