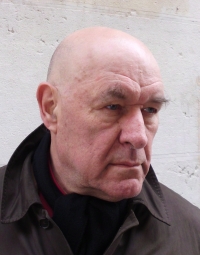 Gérard Wyss studied with Paul Baumgartner at the Music Academy in Basle, where he teached Lied interpretation and chamber music for graduate soloists until 2009. Gérard Wyss' preference for playing in partnership turned into a vocation, and soon he was playing with Pierre Fournier and Arthur Grumiaux. Today he is in great demand as an accompanist and chamber musician, performing in venues all over Europe, Canada, in the USA, Brazil and in Japan. His song partners include Edith Mathis, Cecilia Bartoli, Martina Jankova, Nicolai Gedda, Wolfgang Holzmair and Georg Nigl. Many instrumentalists appreciate his experience and sensitivity in chamber music, among them cellists Sol Gabetta, Heinrich Schiff and Antonio Meneses and violinist Raphaël Oleg. Gérard Wyss is a regular guest at the international Festivals of Salzburg, Montreux, Stresa, Lucerne, Berlin Prague, Schleswig-Holstein etc.