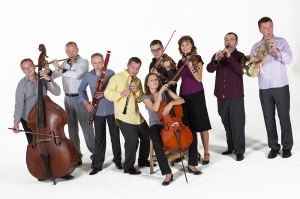 The Czech Nonet is one of the oldest and most original chamber ensembles in the world. It was founded in 1924 by a group of students of the Prague Conservatory according to instrumental requirements of Louis Spohr's Nonet (violin, viola, violoncello, contrabass and the wind quintet). The Czech Nonet was quickly recognized as both an important interpreter of classic repertoire and an ardent champion of new music, inspiring the composition of more than 300 works by some of the greatest living composers, including Prokofiev, Lutoslawski, Martinů, etc. The Czech Nonet's specific combination of instruments naturally invites the ensemble to include works from the Baroque to later 20th century works, which makes the repertoire of the Czech Nonet exceptionally deep, rich and varied. The Czech Nonet has performed at many prominent international music festivals, such as: Salzburger Festspiele, Edinburgh, Montreux, Schleswig-Holstein, La Folle journée de Nantes, Festival de Música de Canarias, Prague Spring and other.

The Czech Nonet has made numerous concert tours round Europe (Germany, Austria, United Kingdom, the Netherlands, Spain, Italy, and France), North and South Americas, Japan, Africa and has performed at many world-famous music platforms, such as: Musikverein Vienna, Montreaux Auditorium Stravinski, the Munich Herkulessaal, the Auditorio de Zaragoza, the Lyon Auditorium, the Washington Library of Congress, the Vancouver Playhouse, the Dvorak hall at the Prague Rudolphinum etc.

The Czech Nonet’s rich discography has been recorded by the Supraphon, Panton and Harmonia Mundi recording companies on forty-five LP’s and CD’s. For recordings made for the Praga Digital´s French publisher (with the Harmonia Mundi worldwide distribution network), with whom the Czech Nonet made an exclusive contract in 1995, the Czech Nonet has gained many prestigious awards. The recording with the Nonet by Bohuslav Martinů was awarded the highest prize - 10 du Répértoire – by the prestigious review magazine Répértoire in 1996. In 2003, the Beethoven recordings gained the Choc du Monde de la Musique award. For the Praga Digital´s, the Czech Nonet has recorded compositions by Brahms, Mozart, Roussel, Prokofiev, Spohr, Dvořák and other composers. 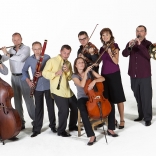